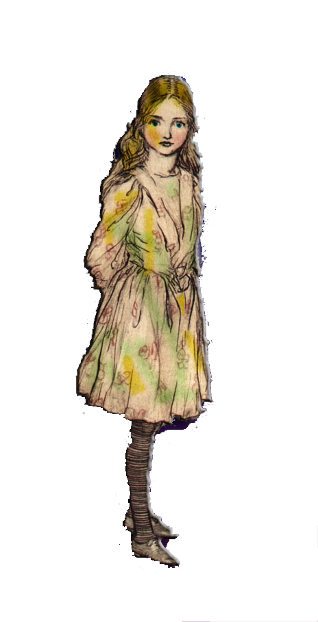 The Screens of Alles

The Alles Project is a journey that peers past the horizon…  toward the far future… of music and sound. The goals is to explore new worlds. To extend our imagination of what is possible... what is meaningful... and what is beautiful.

M4 is a software program that mathematically generates musical sequences and patterns to be used in traditional composition, as well as laying the foundations for entirely new ways of creating music and organizing sounds. Its inspiration is the Alles Machine, the first programmable digital synthesizer, originally developed at Bell Labs. While still very much a work in progress, the software integrates multiple mathematical systems, including  Algorithmic Permutations, Geo/Trigonometry, 3D Graphic Algorithms, Fractals, Cellular Automata, Lindenmeyer Systems, DNA Emulations, et al. Along with other programming techniques,  M(4) provides the basis for composers to expand their musical vocabulary with patterns and sounds never heard - or even conceived - before. Yet, the end results can be remarkably human and natural sounding… reflective of a composer’s artistry.

Welcome to a Sonic Rabbit Hole where we visit:

The Alles (Alice) Project is inspired by one of the most important of rabbit holes: the first digital synthesizer developed at Bell Laboratories in the 1970s.  The ALLES Machine was originally named after its developer, Hall Alles. However, it was affectionately dubbed “Alice” in recognition of all the baby “rabbit holes” it opened for just about everyone who came into contact with the machine. The underlying machinery, both hard and soft, influenced technologies and opened entire new realms of sound and music. Our initial software programs emulate the algorithmic permutations used in the Alles Machine. (Listen to Don Slepian’s “Sea of Bliss”.)

We are an informal collective of composers, programmers, A.I. experts – and even a few dancers, choreographers, and visual artists. It’s an open-door policy. Whoever shows up to our development meetings is welcome. The core includes:

And then there is Bell Labs itself, one of the most important source of rabbit holes in human history. The fable includes Max Matthews' creation in 1957 of the first music software, MUSIC-N. Our story also includes some of the best kept secrets of Bell Labs... tales of what happened late in the night… once the regular lab rats had gone home. Only then did the other side emerge, the night folks, dabbling and dawdling, creating the very foundations of all modern digital arts. 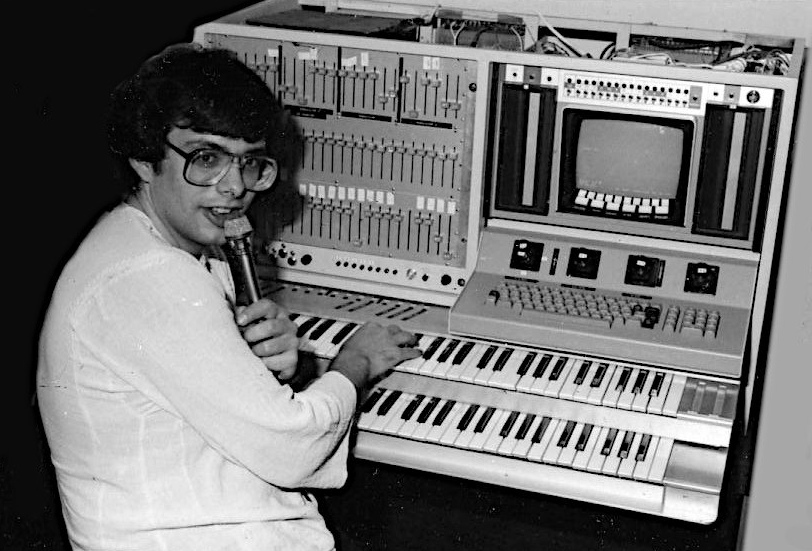 Picture of Don Slepian at work with The Alles Machine (circa 1980).

The Cosmic Scream was generated by the algorithm associated with The Fibonacci Sequence or The Golden Mean. When laid out on a time line it creates a sonic recursive loop. The images appears to be similar to how we commonly imagine a Spiral Nebulae or perhaps  a Black Hole. One listener described it as the Scream heard at the Birth of the Universe.

Palindrome takes the first half of the Cosmic Scream sequence and then reverses it and ties it back to itself to create a prefect palindrome. The composition is then split into layers and each layer is assigned to different instruments' to create a chamber music composition. (SD)

C H 7 is based on graphic gestural movements -- computer mouse movements over a grid.  The software transforms the unsteadiness of the human hand into more nuanced and consistent shapes.  (SD)

GeoForms 25assembles geometric forms to create the motifs of a music composition. (SD)

Opus I! - One Minute to Eternity

A study in timelessness. Sounds are calculated in absolute time intervals - divisions of seconds (e.g. 1", .8", 2", .35"). Also, each instrumental runs at its own speed (independent tempos). The result feels organic due to the inherent mathematical proportions as it defies typical time signature regulation. In just iontonation.(SD)

Opus I! -Four Minutes to Eternity for Piano

A different version or Opus II for Piano (SD)

A deep dive into the World of Fractals extracting evolving motivic fragments.  When transformed into sounds, a paradoxical music of placid ambience with rising tension. emerges. (SD)

An Infinity of Monkeys: Nutcracker Two-Step

A dance from the Middle Ages reconstructed by ALLES for a future time.
Mixing 3D Graphics with Algorithmic Permutation Sequencing

A simple experiment of composing with numbers and mathematical formulae, (SD)

Some  Further Experiments: by Matt Ried

The Screens of Alles - A Journey through the M(4) Software

Continue to Scroll Down Once you reached the end